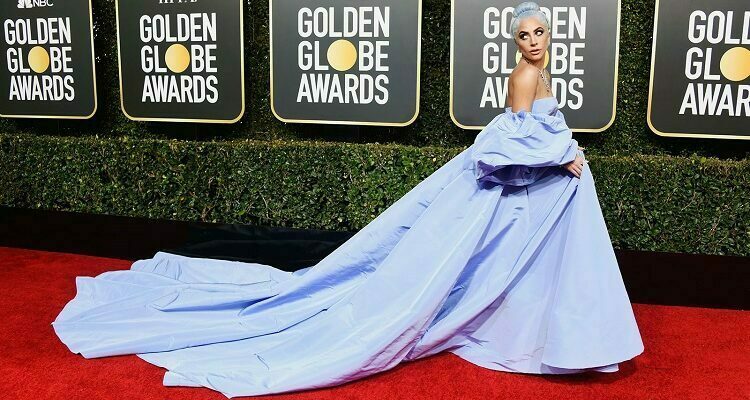 Fame is a fickle friend but as a society we have always looked to the famous to lead us. Whether it was listening to famous philosophers Socrates and Aristotle in ancient Greece or taking warnings from famous authors such as George Orwell who used Animal Farm and Nineteen Eighty-Four to hold a mirror to contemporary society; we have been shaped by the famous. A more modern phenomenon is how famous people have created fashion trends throughout history and – arguably more than ever – today. From the Hollywood starlets of the 1950s to the Royal Family, we will examine how clothing trends have changed over the years thanks to their influence.

The 1950s were a conservative time, in many ways, but particularly in regards to fashion. America was leading the way regarding what was in style, and there was a clear gender divide on what was expected of men and women. Men were gradually moving from formal post-war attire to more casual day-to-day clothing but women were stuck in a rut of elegant yet conservative dresses. This was epitomised yet subverted by the emergence of Audrey Hepburn.

Audrey Hepburn had shot to stardom in 1953’s Roman Holiday where she starred opposite Gregory Peck as a glamorous European princess who attempts to go incognito on a holiday to Rome. Not only did the film win over critics and audiences but Hepburn’s iconic style quickly became the talk of the town and inspired women across America, and indeed the world. While her choices of modest yet unforgettable dresses conformed to the feminine ideal that was expected of 1950s women, it was her slender figure and more androgynous pixie cut that was a statement of rebellion which inspired the fashion of the time immensely.

Almost at an extreme contrast to Audrey Hepburn, whose every film from Roman Holiday to Breakfast at Tiffany’s was introducing the world to a fresh style, was Marilyn Monroe. While Hepburn ushered in a new age of dark-haired ‘gamine’ model types, Monroe was curvaceous, blonde and unafraid to use her sex appeal. Almost immediately Monroe’s short skirts, blonde bombshell haircut and refusal to conform to the conservative attire of the 1950s became an iconic style in itself.

While some were appalled at the amount of skin on display, and her sexualised image was relentlessly monetised by studios to draw men to the cinema, Marilyn Monroe was undisputedly the woman who created lasting fashion trends within her lifetime that have lasted until today. She may have been typecast as the ‘ditzy blonde’ on celluloid, but she immortalised the simple white dress as she clutched it while standing over the breeze from a subway grate and in the process ushered in a new age of empowering fashion for women.

Around the same time in 1950s Hollywood, other actresses were also becoming just as recognised for their fashion as they were their films. Throughout her lifetime Grace Kelly only appeared in a dozen films, but so instantly stylish were her outfits that she became a style icon that women across America and the world based themselves on. Within Hitchcock’s Rear Window alone Kelly debuts six inspired and timeless outfits, from a backless black dress to a green two-piece suit which have stayed in pop culture.

While not as internationally renowned as Helpburn, Monroe or Kelly, double Academy Award winner Elizabeth Taylor was also admired for her impact on fashion. Synonymous with her jewellery, Taylor also championed and helped popularise the fashion of Halston and Valentino. Alongside her fellow actresses that became the talk of Hollywood during this eventful decade, Taylor was one of the modern pioneers demonstrating the enormous impact famous people were having in shaping fashion.

If the 1950s proved that actresses could dictate fashion trends, the 1960s would see an unlikely figure assume this status as a style icon: Jackie Kennedy, First Lady of the United States as wife to President John F. Kennedy, quickly became recognised as one of the 12 best-dressed women in the world during her husband’s campaigning for the White House. Perhaps her most recognisable outfit of a pink Chanel suit is marred with incredible tragedy, being the attire she wore when JFK was assassinated in 1963.

Another figure who has entered the cultural conversation for her influential choices of outfit is current monarch Queen Elizabeth II. While the Royal Family have always been at the vanguard of fashion – from Edward VIII to Diana – the Queen’s ability to still be at the forefront of style nearly seven decades into her reign is unmatched. Known for her use of bold primary colours, pearl necklaces and white gloves Elizabeth II has become renowned for her style and influenced many around the world. To learn more about how the Queen’s fashion has changed throughout the decades and her incredible life story see the Royal Family documentary Queen Elizabeth II: Reign Supreme.

Ryker Holton
My name is Ryker Holton. The Professor and also a motivational teacher. I want to make the world a better place.

A Few Tips for Traveling to Historical Tourist Spots

3 Key Components to Consider When Hosting an Event